SAN FRANCISCO: Facebook, the world’s largest social networking site, has introduced a great feature for small businesses affected by the Corona Lockdown.
A day earlier, Facebook founder Mark Zuckerberg announced in a blog post that small businesses would now be allowed to open stores on Facebook to promote e-commerce.
The feature introduced by Facebook is called ‘Shops’ which can be used by Facebook and Instagram users.
The blog post says the new feature will further improve Facebook’s ad-based business and compete with other companies, including online commerce companies such as Amazon and eBay. 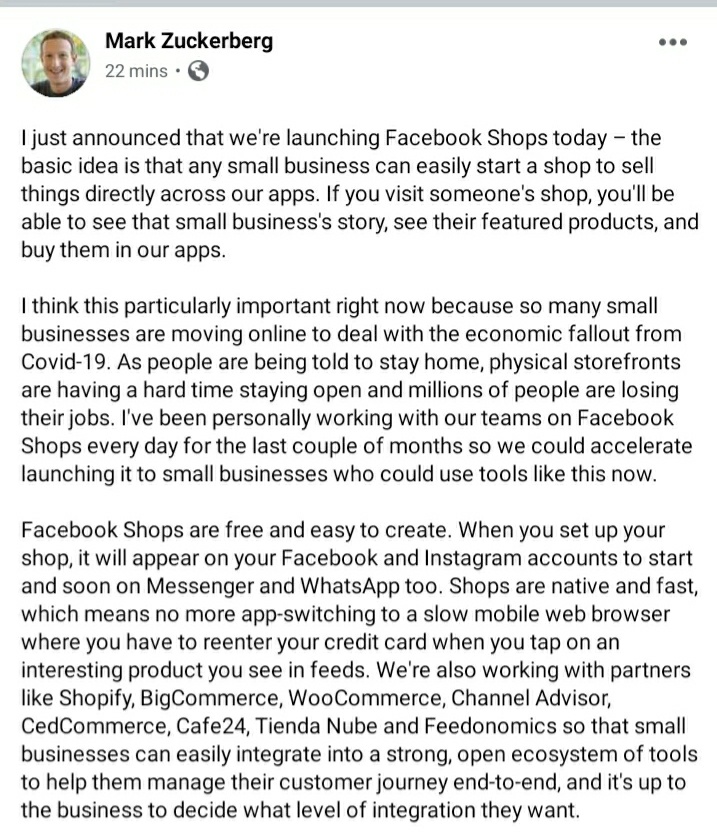 “Expanding e-commerce is essential to offset the economic damage caused by the Corona epidemic and lockdown and to rebuild society,” said Mark Zuckerberg.
“Even if you can’t open a shop or a restaurant, you can still deliver goods to people by taking online orders. We’ve seen many small businesses become part of the online business for the first time during this epidemic,” he said. Decided to introduce a regular feature after ‘.
Under the feature, businesses will be able to purchase ads for their stores and will be charged when people use the Facebook checkpoint option.

5 things you can do today to make Zooming safer